Years ago basketball lovers used to be in a tough spot. We either had to suck it up and watch our home team play (when they were televised)… or catch a nationally televised game, if there was one on. If you were really lucky you had NBA League Pass back in the day. I still can’t believe the first season of NBA League Pass was over 20 years ago — way back in 1994-95.

Today, there are a few more options for us diehard basketball fans just trying to catch a few games that aren’t televised in our area.

Or if we’re really desperate, we can find some free crappy quality video streams with tons of ads. (If you go with this option make sure you have some sort of AD BLOCKER enabled. You’re going to need it!)

I have watched games from all three. The third option was out of desperation and not willing to pay for a subscription from the two services I mentioned above.

As you can probably see, based on features BallStreams looks to edge out League Pass. Next, let’s talk price.

Since the cost of League Pass changes depending on when you sign up, let’s just say you signed up early and got the best deal.
BallStreams prices usually stay pretty much the same. This past year it did go up a bit.

Outside of pricing, I think this topic is one of the biggest factors in choosing a winner. Everyone HATES blackouts! It makes my blood boil just thinking about it.

I’m pretty sure you already know this but NBA League Pass is notorious for blackouts. Let’s say you live in Oregon and your favorite team is the Blazers… good luck avoiding blackouts. (Depending on the device you’re using to watch NBA League Pass, you may be able to “spoof” your location to another State, which should allow you to watch the game.)

… Or you can just choose to go with BallStreams, instead of wasting time trying to find a way around NBA’s blackouts. 🙂

BallStreams doesn’t blackout ANY game. It doesn’t matter where you’re located. In my opinion, this is what sealed the deal for me.

The winner by unanimous decision is BallStreams!

Their pricing and game quality is better than NBA League Pass, which is enough to choose them as the winner… but then you add in not having to deal with the dreaded blackouts, and it’s an easy decision.

I just wanted to provide an update for this article. Ballstreams has been shutdown and is no longer a viable option to watch NBA games. I removed all the links pointing to them.

Unfortunately NBA League Pass is the only high quality online option at this time. There are some other online options, but they’re far from reliable. 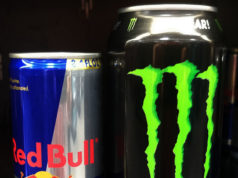 Red Bull vs Monster – Which is Better? 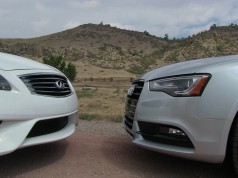 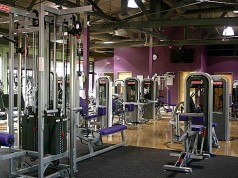 RivalRating.com is all about pitting two or more products, people, things, etc against each other to distinguish a clear winner.

Red Bull vs Monster – Which is Better?